It's dry. It's dusty. The altitude is 3700m and the wind is cold while breathing is hard. But three species of flamingoes and a few other interesting birds makes a visit to Laguna Santa Rosa worth the effort.

Laguna Santa Rosa is part of the Nevado Tres Cruces National Park. It was November, and we were on route to Ojos del Salado. On the way we made a stop at Laguna Santa Rosa. The dusty roads from Copiapo can be a challenge, and the fuel tank better be topped off, because petrol stations are few and far between in this area of the Atacama desert. There is a small cabin, Refugio Santa Rosa, close to the shore of the lagoon. This cabin is very basic, with two rooms and a first come first serve basis. On the way to the hut you will pass a park range cabin. 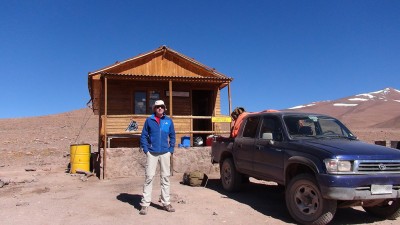 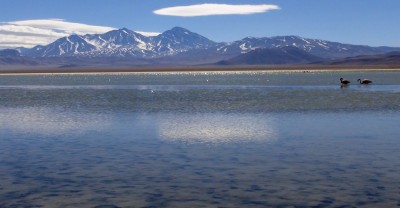 The first bird you will notice here is the Creamy-rumped miner. The bird is very confident around humans (it will literally walk between your legs), and is clearly used to pick crumbles and others goodies left by the visitors of the hut. It is strictly forbidden to feed wildlife in the park though. 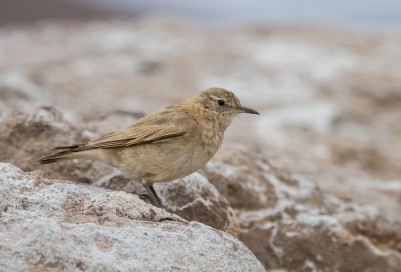 We arrived in the afternoon, and the wind was howling. Nobody else was there, so we had the place for our selves. The rooms are bare with mattresses available to sleep on. Thankfully we had expedition-grade sleeping bags. The cracks between the roof and the walls are plenty big enough to study the moon at night. We managed a hike around the lagoon in the evening (counter clockwise from the cabin). This shallow lagoon is known for it's flamingoes. And there are three species mingling together. 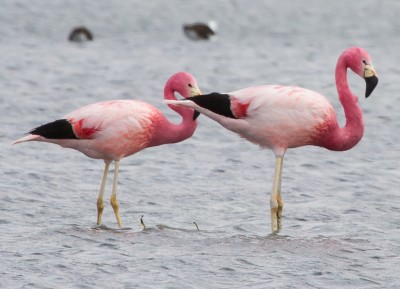 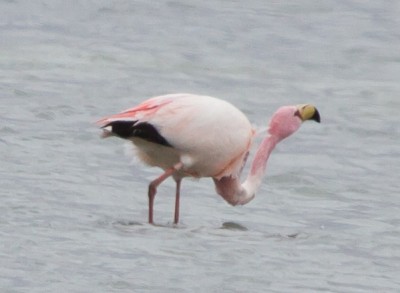 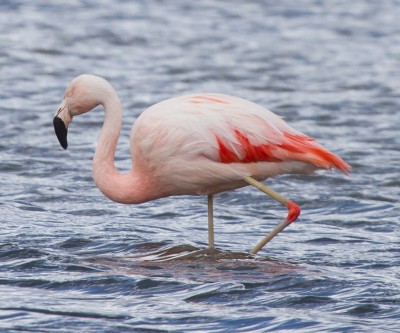 The Chilean flamingo is characterized by it's pink joints. The Andean flamingo has yellow legs, while James's flamingo has brick red legs. All three species can be found here. We saw quite a few Andean avocets there as well, flying off in flocks. 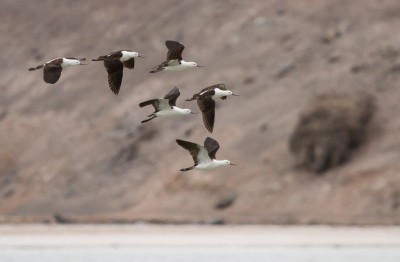 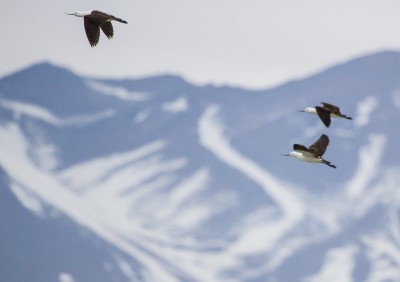 The Andean goose is not too shy. We had a pair right down from the cabin. 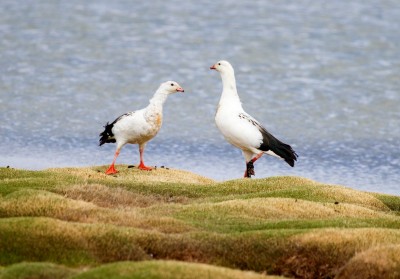 The next morning is was actually ice on the water along the shore of the lagoon. All the flamingoes seemed to spend the night in the far left corner (viewed from the cabin) of the lagoon. Walking down to the water edge i saw some movement in among the shrubs. Two birds were walking towards the cabin. It turned out to be a couple of Rufous-bellied seedsnipes! 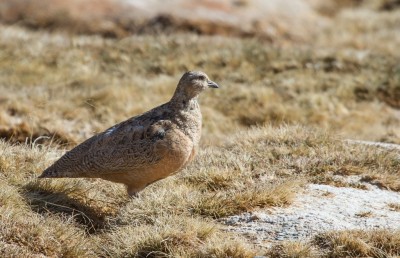 A single Baird's sandpiper was feeding close to shore along the lagoon as well. It was not very shy, and I could get reasonably close for a photo. 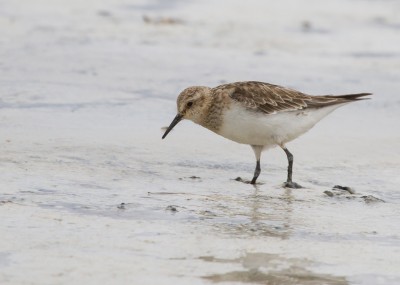 Out on the lagoon a couple of Horned coots were breeding. 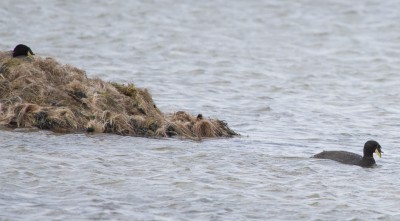 And around the cabin you could see several Greater yellow finches posing nicely in the sun. 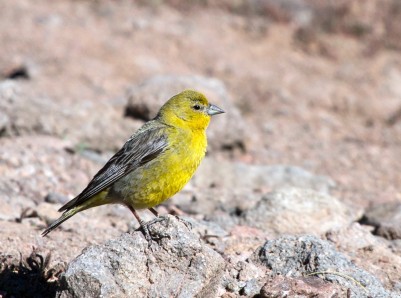 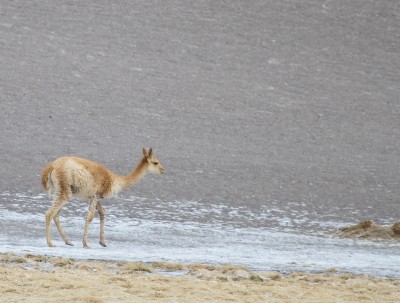 The Laguna Santa Rosa is quite an interesting place in the Atacama desert. Three species of flamingoes on the same location is pretty rare. And there are a few other interesting species to be found as well. Access to this park is easy from Copiapo, but the roads are all gravel. Bring plenty of water and food and petrol! And a very warm sleeping bag!
contentmap_plugin