Located between the two arms of the Rhone river delta, this huge area is a mix of nature reserve, agricultural areas and housing. Carmargue sports more than 400 species of birds. Due to its size, a little upfront planning can pay off before visiting.

We had only one night to stay in the Carmargue, and had to choose the best location. The official bird guide for the area is very informative, and lists 11 "main observation sites". Obviously, there are plenty of birds everywhere, but these sites are of special interest, and many have bird hides and observations points. We had only time to visit two or three locations, and selected "Mas du Pont de Rousty" and "Pont de Gau bird sanctuary". This was mid May, and breeding activity was high.

This is the northernmost bird location in Carmargue, and also is home to the Carmargue Museum. The area has both rice fields and cattle fields, plus large reed beds. There are several trails and a bird hide. We visited this location in the afternoon, on the way towards a hotel close to Carmargue's capital Saintes-Maries-de-la-Mer. Glossy ibises were common on the fields, along with Black.winged stilts. Cetti's warblers could be heard many places, but proved elusive to track down for photographing. The bird hide is located on the far end of the trail network, but it turned out to be pretty quiet there except for a couple of Red-crested pochard and Coots. Closer to the car parking, there is a location with a sandy area. There were probably two dozen Bee-eaters there, nesting it seemed like. Beautiful birds! 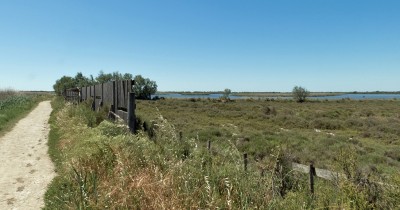 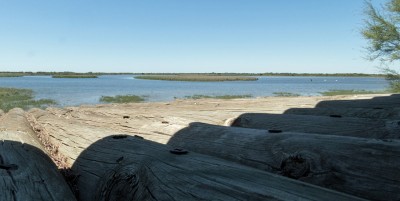 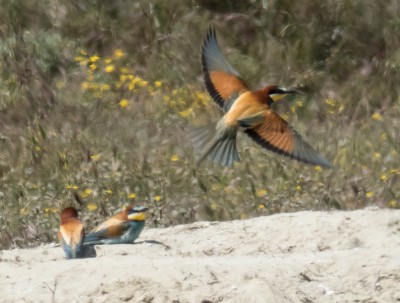 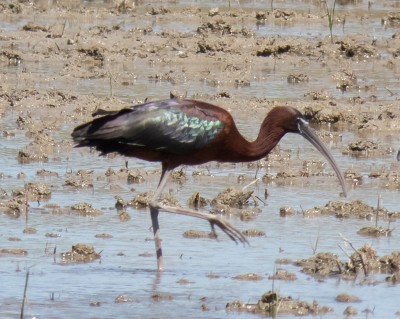 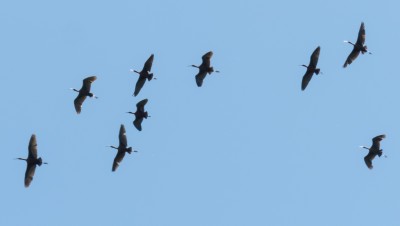 This location is one of the primary ones in Carmargue, and is located about 4km from Saintes-Maries-de-la-Mer. We visited this in the morning. It opens at 9am and there is an entrance fee of 7 Euros. The main attraction is all the flamingoes there, and you can get very close. It has about 7km of trails and lots of hides and observation points. There is also a small cafe with a view. 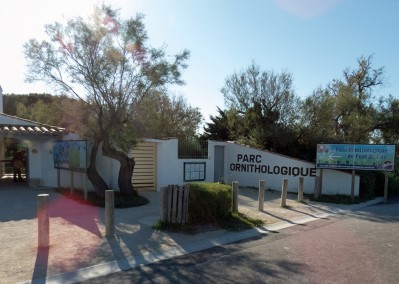 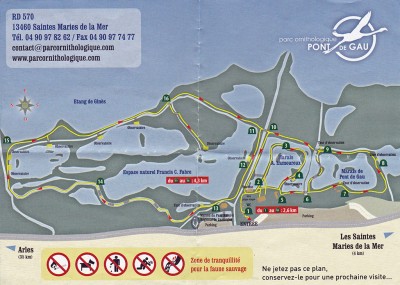 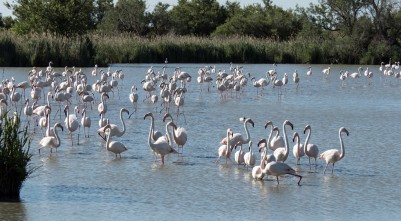 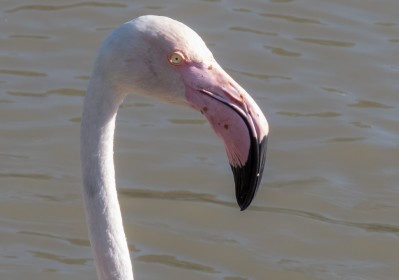 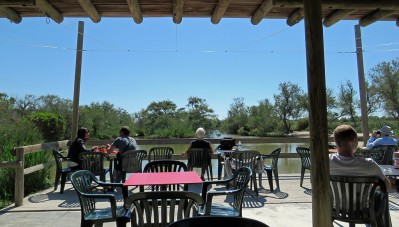 It is a popular place for birders and tourists alike. There was even a film crew there. At 9am we were almost alone, but by noon the area was quite busy. Most visitors stayed on the short trails, while the long trail was mostly deserted. The explosive song of Cetti's warblers could be heard everywhere, and it was even possible to make some photos of a bird doing its dance moves in the branches above us. Common nightingales were also around along with reed warblers. The number of herons and egrets was just amazing, the trees were literally brimming. Apparently there are plenty of fish in the surrounding ponds. Lots of nests had chickens, and raptors were cruising above looking for an unattended nest. 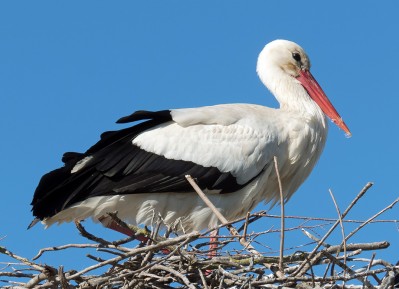 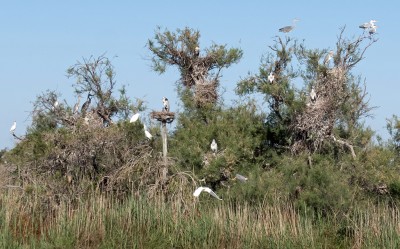 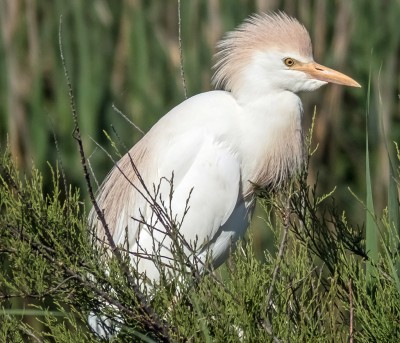 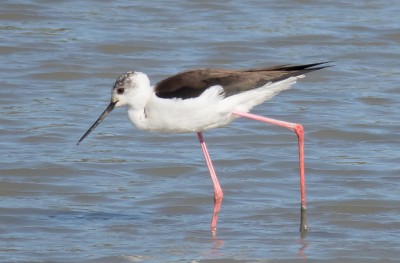 The shallow ponds in the center of the park held numerous Black-winged stilts and Pied avocets. The far end pond was much quieter. However, the very far end of the park is where the bee-eaters can be found. There were not so many Bee-eaters as at Mas du Pont de Rousty, but you can get a little closer here. A water rail was seen there too, but it disappeared before the camera could even focus. Carmargue is know for its white horses, and don't be surprised to encounter a few inside the park. 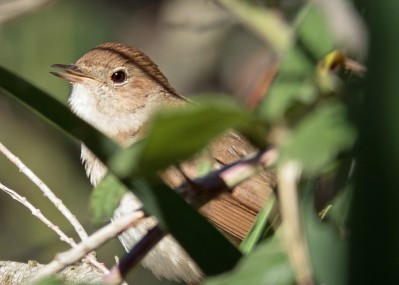 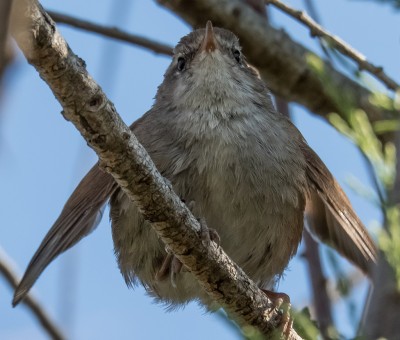 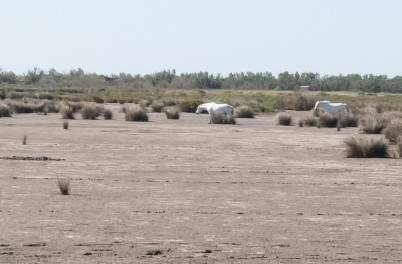 The Pont de Gau bird sanctuary is definitely a must visit in Carmargue. Depending on time available any of the other hot spots are also worth a visit. You can easily spend a week here, and just scratch the surface.
contentmap_plugin