This granite island 10km north of Praslin is a nature reserve and seabird's paradise. With no predators and the island never having been infested with rats, the birds here are totally at ease with human visitors.

The island is managed as a nature reserve by the ICS (Island Conservation Society) of Seychelles. The only people living on the island is 5-6 ICS staff. In the past Sooty Tern eggs were collected and exported from Aride, and there was some plantation as well. The island was sold to Mr. Cadbury in 1973 who promoted the island to become a nature reserve. Today it is one of the finest tropical island reserves in the world, and a visit here is absolutely recommended for anyone going to the Seychelles. Access to Aride is by boat only. From Praslin you can join one of the many operators that arrange trips to Aride. It takes about 30-45min to reach Aride from Praslin, depending on the sea state. We had very calm sea, and the trip took about 30min. Transport to Aride is in the range 70-100€ per person. We paid 100€ and were only two in the boat. In addition there is an entrance fee paid directly to the ICS staff of 45€ per person (or 600 rupiees). 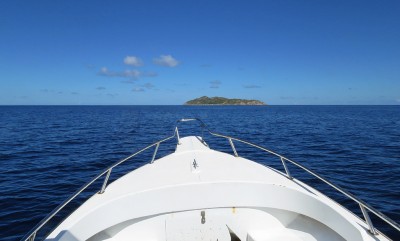 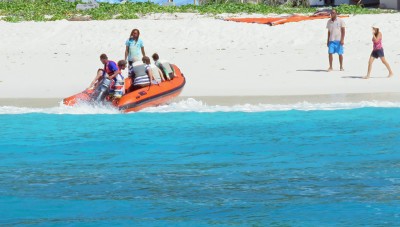 No visiting boat is allowed onto the beach to avoid rats, and visitors are transferred to the beach by a small rubber boat operated by the staff.Once on the beach you go to the park office to pay the entrance fee. Aride has a nice beach with snorkeling opportunities. The park rangers will give guided tours on the island. There were only two groups visiting Aride this day, so the rangers gave us a thorough 3 hour tour. Visiting late October, the breeding season is at the end, so some of the bird species has already left the island (like the Sooty Terns). But other species are breeding year-round, so there is always plenty of birds to see. The Angel Tern (or White Tern) is one of these species. They lay eggs directly on branches, and the chicks rely on stealth to avoid detection. We had a bird feeding a chick right above our heads. 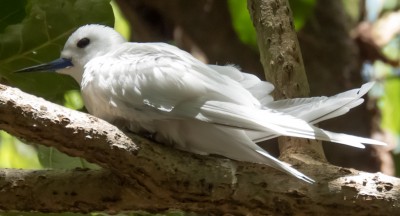 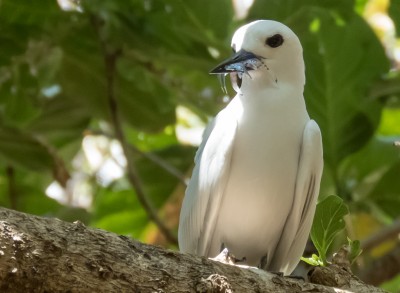 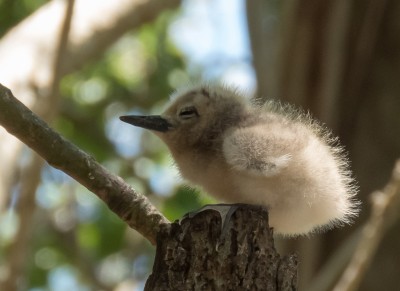 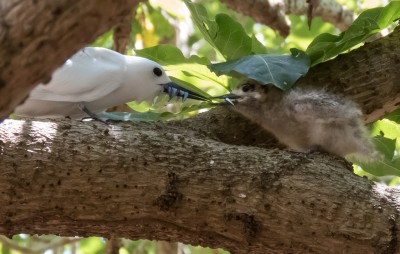 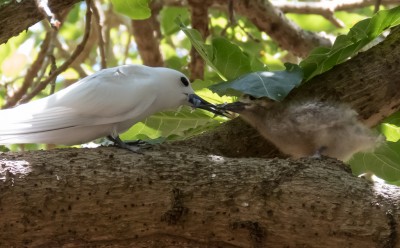 There are five endemic species breeding on Aride: Seychelles Warbler, Seychelles Magpie Robin, Seychelles Fody, Seychelles Blue Pigeon and Seychelles Sunbird. The Robin and the Fody are impossible to miss, the former following the rangers around and the latter hanging around the cabins. 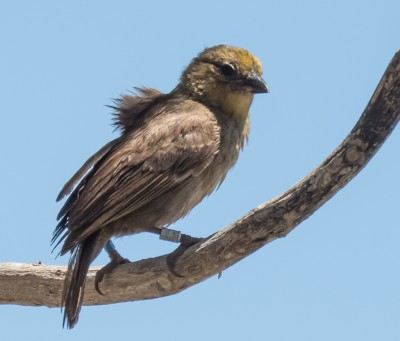 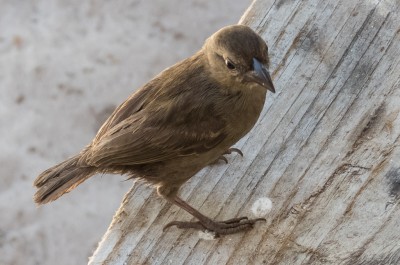 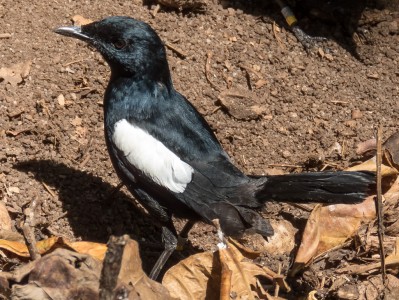 The Seychelles Warbler is not always to be found along the trail, but we were lucky and had 4-5 of them showing very well. 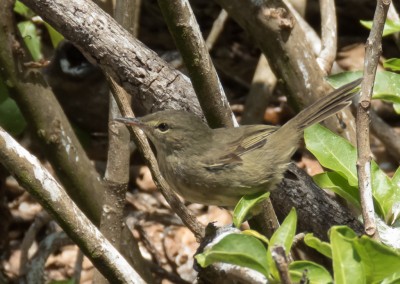 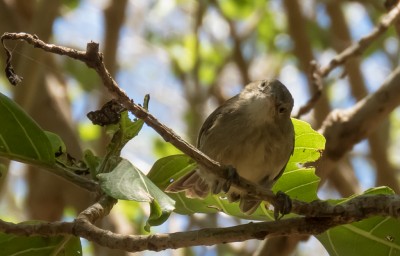 We had a Blue Pigeon as well, but I later got better photos on Praslin. And the Sunbird - there are so many of them on the different islands that I did not even look for it. The White-tailed Tropicbird is one that breeds all year, and they have their chicks on the ground. They can be seen all along the trails at very close range. 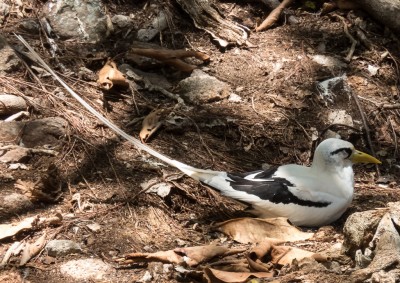 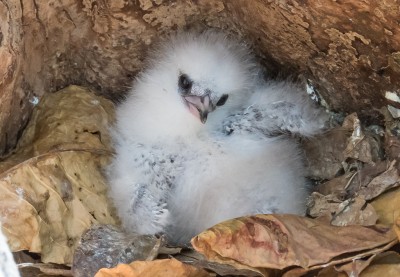 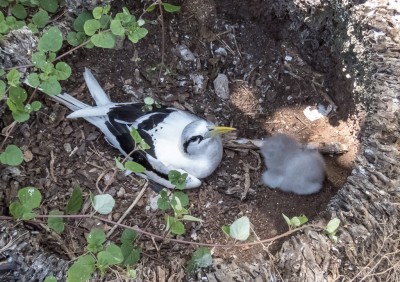 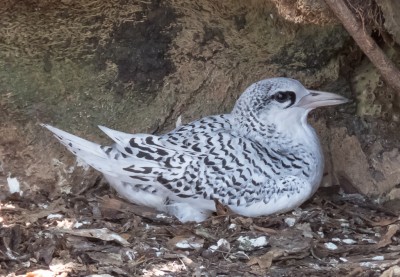 The Brown Noddy and Lesser Noddy could be seen everywhere, but they were mostly finished with breeding. We also saw them catching fish at sea on the way to Aride. 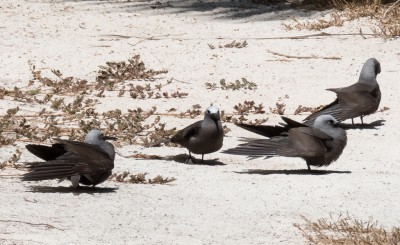 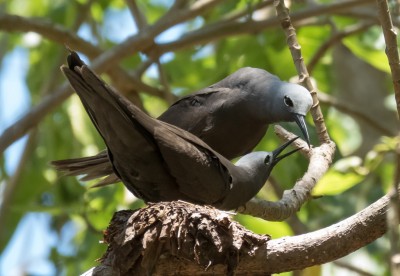 There are two species of Shearwater breeding on Aride. Although most have left the island by October, there were a few left. A Wedge-tailed Shearwater was sitting in its burrow right along the trail. The park ranger also showed us a Tropical Shearwater chick. 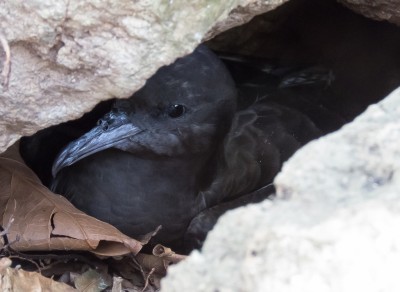 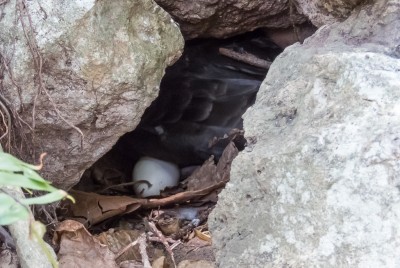 The guided tour will eventually take the visitors up on a cliff on the north side of Aride. A great view here of the ocean and an impressive amount of Lesser and Greater Frigatebirds flying around, although they are not breeding on Aride. I also saw a few Sooty Terns among the Frigatebirds, but never managed a photo of that species. 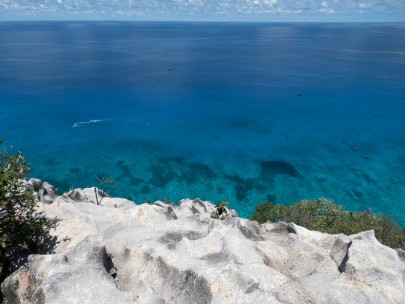 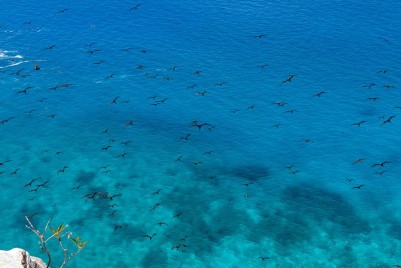 The island has various birds visiting the beaches, like the omnipresent Ruddy Turnstone. We came across a Crab Plover - a curious bird that is the only member of the family Dromadidae. 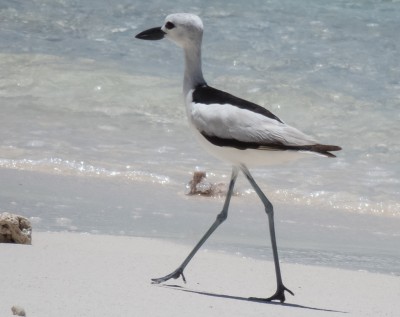 In addition to birds, there are interesting plants and arthropods to be found too. The giant millipede for example as well as the giant centipede. The millipede is harmless, while the centipede has a venomous bite. 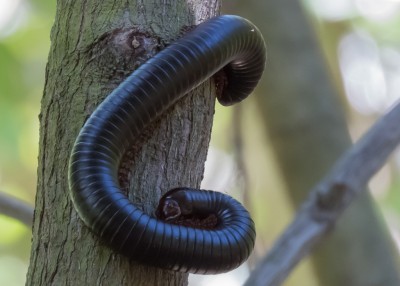 The visit to Aride was extremely interesting and very rewarding, and the ranger who guided us really knew his stuff. So anyone who go to the Seychelles really has no excuse to not visit Aride.

Enjoy this video from Aride made by Joanna: